As mentioned previously, the old NYC Union Station in Utica, NY has a special place in my heart. I have been there dozens of times over the years, and literally stop there every time I go to Utica to visit family. Holidays... birthdays... even funerals all involve a stop at the station first. The pictures below are from March 2005. 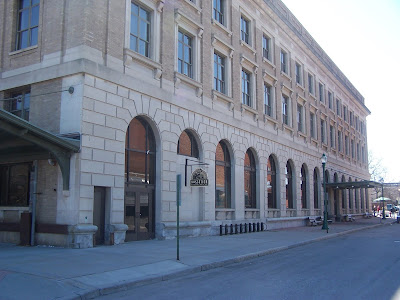 It is an imposing structure, and per Wikipedia was built between 1912-1914 in the Italian style. It is currently registered in the National Register of Historic Places. Originally it served 14 tracks via 8 platforms, and they were all linked by an underground tunnel system. 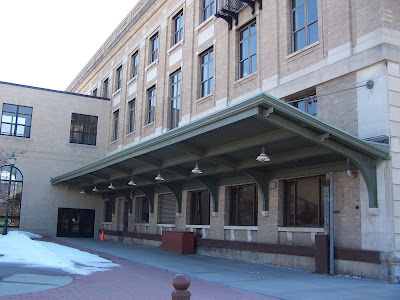 When I first went there in the 1980s, it was a run-down hulk of a building. Decay was everywhere, portions were closed off and weeds choked some of the unused stub tracks. Though restoration had began in the late 1970s, there evidently was a lot remaining in the 1980s. Still, I was impressed by the marble columns and the odd-looking long wooden benches that seemed to go on forever. It looked nothing like the Rochester Amtrak station and I was in awe. 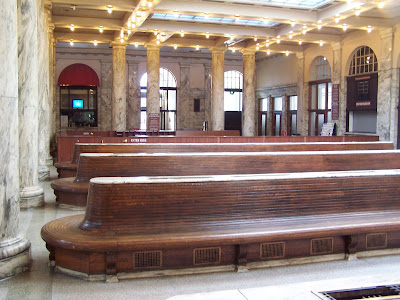 And then things changed for the better. I don't know the timing of everything, but the Adirondack Scenic Railroad moved in and the City of Utica decided to put some of their municipal offices inside. A restaurant, a barber shop, and a tiny hobby shop also rented space. 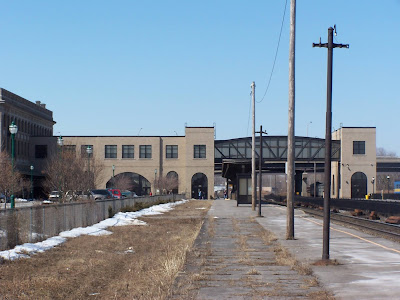 The best part of this revitalization was the overhead connecting bridge that spanned the east-bound mainline track. It was open to the public and offered good views of the MA&N train yard (looking north) and the NYS&W yard (looking south). The pictures below are from August 2005.

The first shot is of the Mohawk, Adirondack & Northern shortline's yard. I remember as a kid seeing it filled with flatcars loaded with pulpwood, though now it mostly stores empty covered hoppers. The blue engine house looks like a model from Pikestuff. 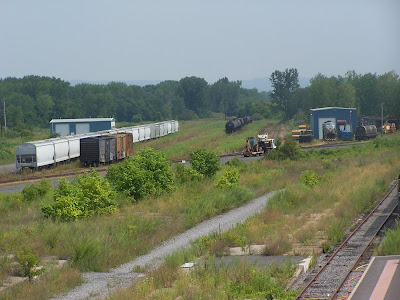 Further east is the old Conrail tower. It was abandoned by the time I saw it in the 1980s, but I am glad it is still standing today. The coaches in the foreground belong to the Adirondack Scenic Railroad, which will be the subject of another post sometime. 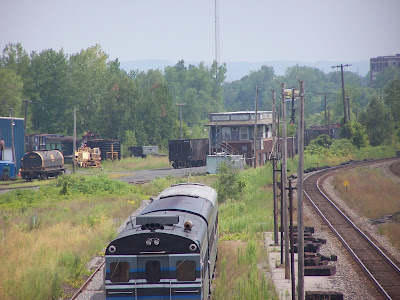 Can you imagine what it was like to have 14 tracks busy with passenger and freight trains? Now, it is all just a torn-up yard. I believe it is the Central New York Chapter of the National Railway Historical Society that offers a beautiful print of a picture of this station showing it in its heyday. Here is a photograph of the painting by Larry Fisher that I took during a train show. Here is the link to purchase a print of it. 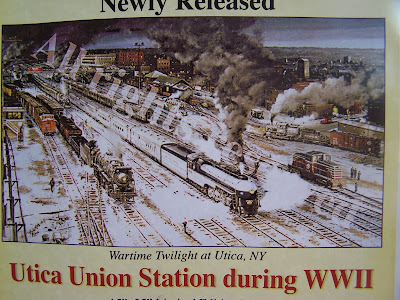 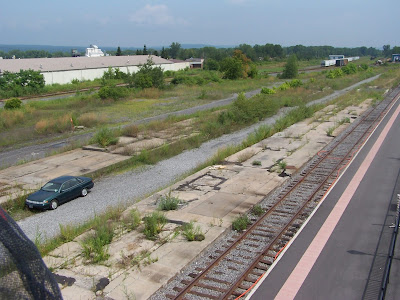 This is a shot from the pedestrian bridge looking East. There is an expressway that parallels the tracks in that direction, and many a time I would see automobile headlights in the distance and think that it was an approaching train's ditch lights. 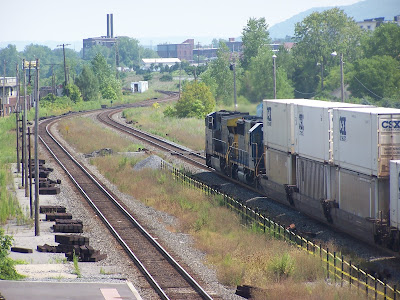 These former Conrail camp cars were likely here for decades. As a kid I always wondered what they were for. They looked like mobile homes on wheels. 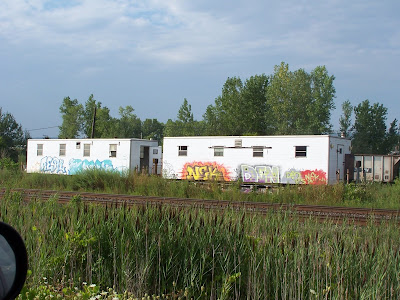 Utica Station is located on the busy Water Level Route connecting Chicago with NYC, so lots of different trains pass through every day. And foreign power is not only possible, but expected. The pictures below are from April 2016. 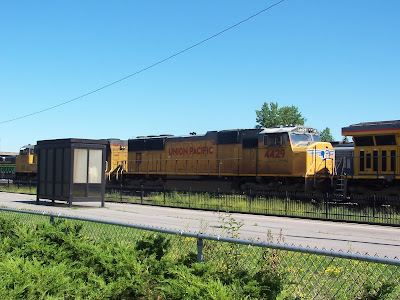 Other times, all you see is a rail truck. 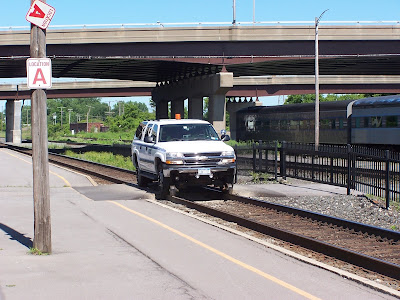 Still, this place has special memories for me. When I go to visit my grandmother for Sunday dinner, she knows that my first stop will be here. Usually, Amtrak had an eastbound train arriving around 12:15 and a westbound at 11:40 so getting there around noon meant I would see at least one of them. With Amtrak's new Covid schedule changes, though, I am not sure.

Hopefully I can ride the Adirondack Scenic Railroad soon, and revisit this grand station once more!

Posted by DandHColonieMain at 11:42 AM