After spending a day in 2012 chasing the Batten Kill Railroad I knew there was something special about it. It is the only local shortline and its colorful Alco roster and picturesque setting reminded me of my favorite local shortline near where I grew up. 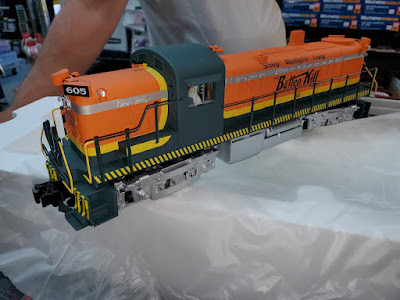 During the start of the pandemic in June 2020 I visited the BKRR again. While there, I ran into engine #605 which has been out-of-service for a while with a damaged turbo generator. I have never seen it in operation, which is a shame, but I was still able to take some pictures. 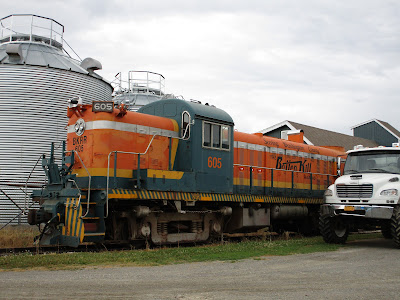 Note that part of the front pilot is missing. I don't know if this was sacrificed to keep their other Alco RS3 #4116 going or not, but it looked sad. However, the rest of the paint scheme has held up remarkably well for almost 40 years. 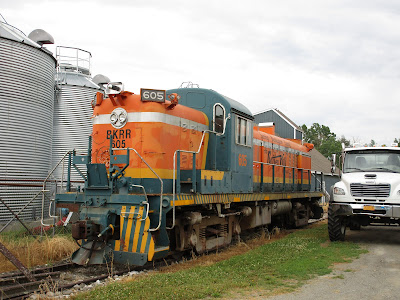 It was at this time that I realized that I wanted a model of this engine. 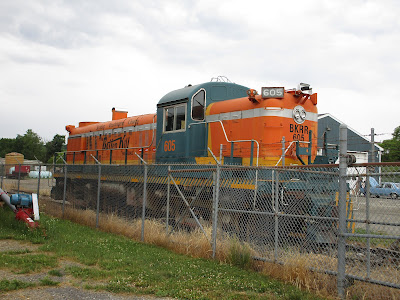 Everything about it was neat, from the classification lamps to the numberboards, and the four-color scheme with silver stripes and trim was really sharp. So, I filed it away in my future "to do" pile. 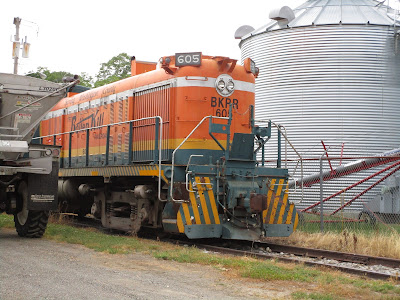 Fast forward about eighteen months, and I had joined a local O scale club. I didn't have a layout, but wanted to start collecting "scale" (1:48) trains which run on three-rail track. And having worked with a local custom painter before on an RS11 project, I knew this could be my chance to have a model of #605.

It was built by Alco in Schenectady in November 1950 and assigned a works number of #78369. It was purchased by the Lehigh and Hudson River Railroad as their #10, and they later sold it in 1972 to the St. James and Lamoille County Railroad as their #203. In 1976, it was sold to the Vermont Railway and renumbered #605, and finally in 1984 it was acquired by the BKRR who kept the engine number. Below is a shot from December 1984 showing both of the BKRR engines. 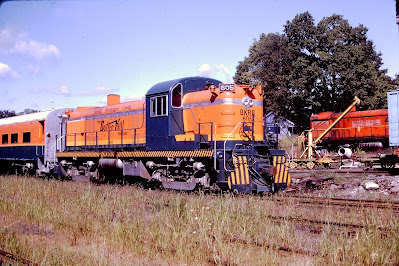 I then looked at various O gauge Alco RS3 engines. Several models are made by Lionel and MTH but they either aren't scale (true 1:48 proportion) or had molded on grab irons and other details that weren't very good. I didn't want to get super involved with the project by shaving off and replacing things. So, I went with a Williams by Bachmann engine, which used old K-line tooling. The tooling had separately applied wire grab irons and other free-standing details and it looked great. Only a few items would need changing. I picked up a new engine decorated for the Seaboard System (they didn't sell undecorated models) from Trainworld at a great price.

While this was happening, I was also researching decals. I didn't want to deal with custom decals, and if I couldn't find a set commercially available I would give up on the project. I reached out to Highball Graphics and discovered that their LO-236 set is perfect for BKRR #605. It was promptly ordered.

Changes to the locomotive model that I considered "mandatory" included adding classification lights and number boards at the corners, relocating the three-trumpet horn* to its proper location, and blanking off some of the middle cab windows. The classification lamps came from Precision Scale Company (#4248), as did the clear jewels that went inside them (#48329). They also provided the three-chime Alco air horn (#56191). I didn't bother filling in the cab windows with styrene and putty but instead just asked the painter to spray right over them. That resulted in them looking like they had been blanked out with steel plate.

*A note about the horn: I found a lot of pictures online showing various locations and types of horns on #605 over the years, including a single-trumpet horn mounted on the side of the short hood, the multi-chime horn mounted in front of the cab on the long hood (and later on the top of the cab) and Hancock 4700 air horns mounted on both ends of the hoods. Look at the pictures above of #605 from 2020 and you will see the gray horns at the very ends. They sound like steam engine whistles, so perhaps the BKRR added them to enhance the experience for the passengeres? They weren't mounted on the engine in May of 1984 (the time stamp for my model), so I didn't need to add them.

My painter works out of Milepost Hobbies, a great train store in upstate New York. This was not his first BKRR engine, and he knew exactly what he was doing. Still, I thought it helpful to write down everything I wanted and include pictures and directions so that there wouldn't be any misunderstandings. He scratchbuilt the corner number boards for me and he also replaced the single-beam headlight castings on the ends of the hoods with horizontal dual-beam castings. I didn't even know he was going to do that, but they look awesome. 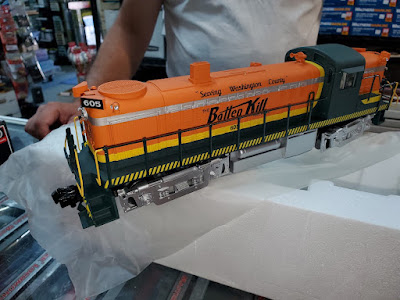 The painting is exquisite and the colors really pop. I admit that this could be considered a gaudy paint scheme, but I love it. Those yellow diagonal stripes along the walkways really take it to the next level. And, because I am modeling the engine as it was freshly painted in 1984, I don't even need to weather it! (Though if you look at the pictures taken in 2020 above, it really hasn't weathered too much over the years).

While I was researching engine #605 I came across references to the "Rambler" passenger excursion train. The image below is from a postcard dated 1984. I modeled my engine to match the appearance in the picture, and it also inspired me to try and model the entire train. But that is still in the works! 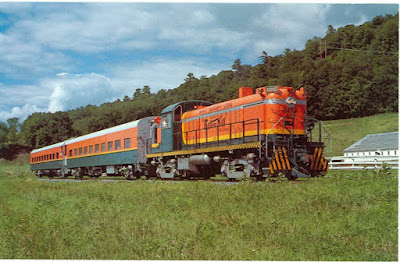 Posted by DandHColonieMain at 6:14 AM