This past Saturday the local NMRA Division held a monthly meeting in person, but for safety reasons we did so outside and well distanced apart. And since we were going to be outside anyway, we thought we might as well have it near some train tracks so we could railfan at the same time. The location was Lock 10 on the Mohawk River, a place I have seen but never been to because I usually railfanned on the other side of the river. The weather was perfect for the occasion. 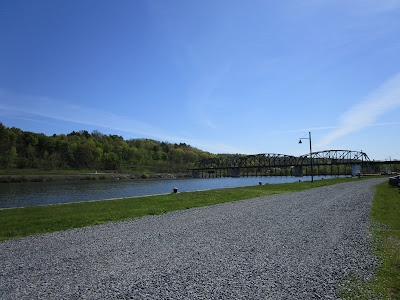 I brought along an excellent book on the Boston & Maine to read in case I had some free time. As it turns out, the route there took me past Rotterdam Junction which is the western-most tip of the former B&M railroad. As I approached their interchange yard with CSX I saw a train ready to head east. I waited about 20 minutes for it to depart but it never did so I moved on. I later found out from others that it had been there an hour later, so it was a good thing I didn't wait. 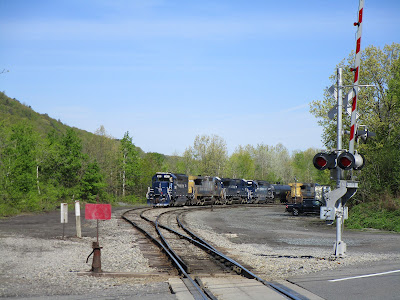 This may be the very last PanAm I see with road units painted in the PAR scheme, as CSX engines were already infiltrating the lineup. A crew was walking around near the train but I didn't want to trespass in the yard to find out when they were leaving. 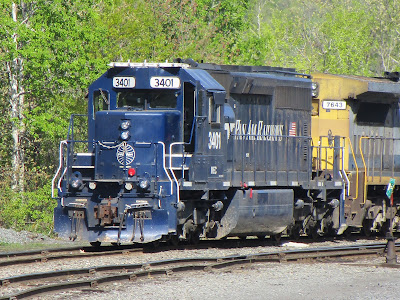 Across the street was a facility that received tank cars and they even had their own car mover. 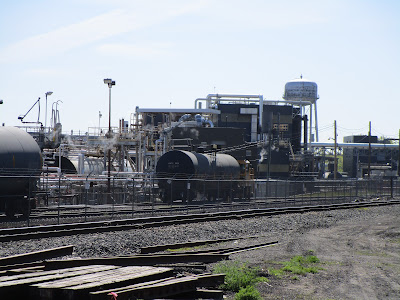 Though we saw five trains during the four-hour window, I think one of the neatest things was this barge that was floating around. The guys on it waved to us, and they tied up right near where we were. 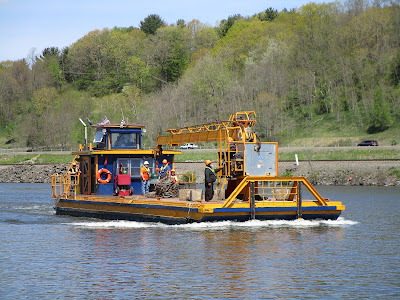 One type of train I was not accustomed to seeing was an Amazon container train. But, with Amazon Prime's free shipping leading to lots of sales their items need to move fast across the country and this is how they do it. 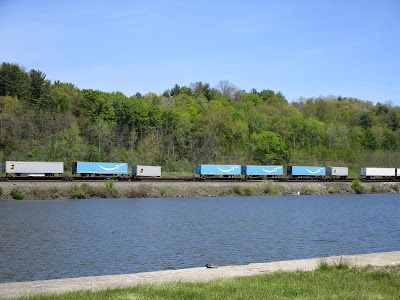 FedEx shared part of the train too. 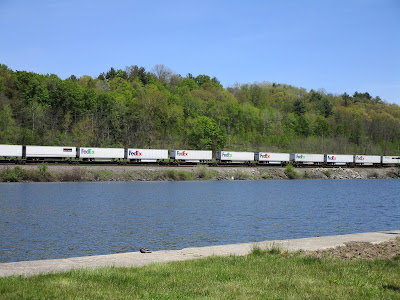 It was a hot day, and I got severely sunburned in the process. My wife and dog Clover, who came along for the second part of the meeting, seemed to enjoy themselves though. I wonder what the passengers in the Amtrak trains that passed by thought as they watched a group of 40 old guys sitting in the sun, watching them back? 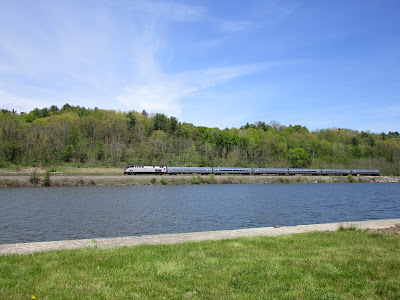 The highlight of the meeting, however, was receiving my two certificates for my MMR Model Railroad Engineer: Electrical and Master Builder: Cars. Due to various reasons, I had earned them a while ago (one almost two years ago) but I hadn't been able to actually receive them in a formal presentation until today. I am quite proud of them. 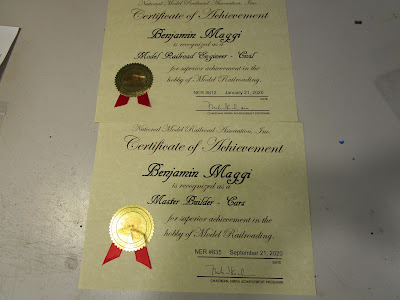 All in all, it was a pretty good day. 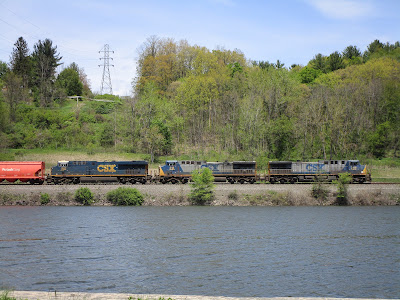 Posted by DandHColonieMain at 4:28 AM