I grew up in Rochester but whenever I visited my grandparents in Utica I knew that there would always be a trip to the train station. Even now, when I drive in to visit I still always go to the station first (to the chagrin of my wife). One of my favorite childhood memories is my grandpa taking me down to the old NYC station and walking through the cavernous interior with all of its columns, the really neat looking wooden benches that seemed to go on forever, and the tiny hobby store where I would get a railroad patch or magazine. Then, we would wait for the Amtrak train to arrive, and perhaps watch a freight train being pulled by Conrail.
Occasionally, we would walk around and find a railroad spike. We would bring it home and my grandpa would let me pick out a color of spray paint from his workbench. For a while they hung in my parent's garage, but now they are on my bookshelves as priced mementos of my days with him. I have collected a few more since then including ones from the A&A and from the D&H in Voorheesville, but none compare with the ones I got with him. 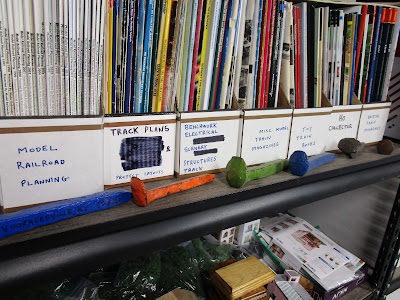 Sometimes, we would then go to the Children's Museum next door and look at the trains on display outside, including Adirondack Railroad #25 (which was recently saved and moved). The pictures below are from January 1988 when I was five. My grandfather is behind me in the cab, which means my grandmother must be taking the pictures. 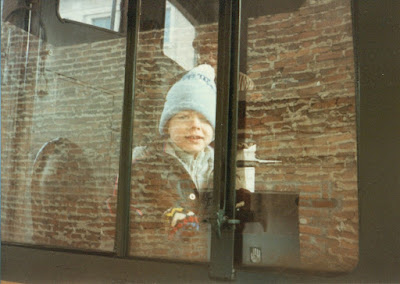 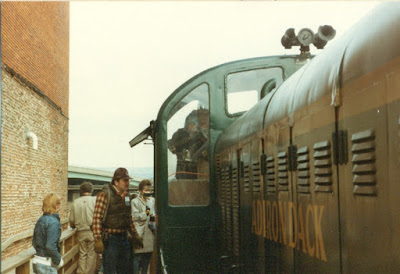 Nowadays, collecting railroad spikes is the sort of thing that is frowned on but back then railroads were friendlier. In the 1908s, the station was significantly dirty and run down, and few people were around. I admit I like it a lot better now, but I would still love to go back in time trackside with him again and watch the Amtrak train pull into the station and see the engineer wave.
Me with engine #25 in 2012, during a tour of Utica. Twenty four years later and we both still look good! 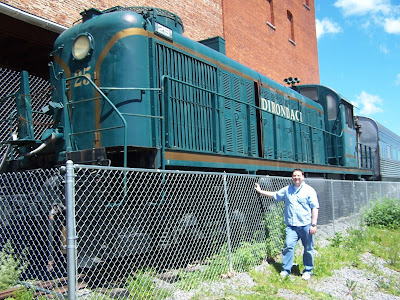 Posted by DandHColonieMain at 7:20 AM