This is a shot from April 1992 showing D&H #7312 leading a couple of lease engines over the North Lawrence Street crossing in North Albany. In the background is the Central Warehouse with the blue lettering still legible on the sides. I don't know if was still in operation at this time. Some similar shots of northbound trains photographed from the other side of the tracks can be seen here. 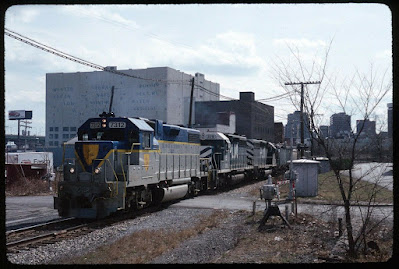 Here is the same perspective taken thirty years later (April 2022). Not much has changed. Without the train in the way you can see the former Albany Tomato Company (the tan colored building in the front). The Central Warehouse's paint has by now faded and peeled off. 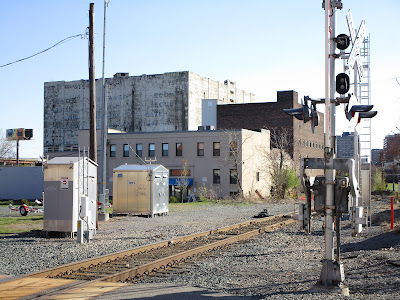 Also, directly south of the road crossing the mainline begins double-track, which was reinstalled in the mid-2010s. These tracks go all the way to Kenwood Yard and allow the yard crews to build longer trains on one track without blocking arriving/departing trains on the other track. 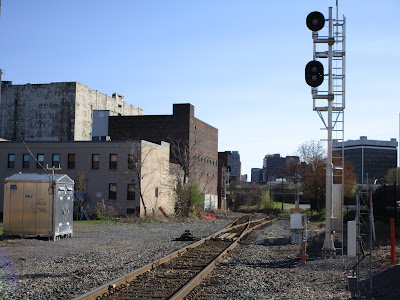 Posted by DandHColonieMain at 5:54 AM