Most of this week will find me up at a rustic cabin in Chaumont, NY, which is in the Thousand Island's region of the state. I go there once a year with a group of guys to play non-stop board games. Some games last 12 hours or more, and sometimes we might play several dozen shorter games. I frequently car pool with a friend who is a closet model railroader. He owns model trains, likes to go to train shows, has a basement, and belongs to the Union Pacific society... but doesn't have a layout! (He has kids, and would rather have a workshop, and wants a game room).

There are times during the drive up when we parallel railroad tracks. On the Mohawk, Adirondack & Northern line I will frequently see endless strings of covered hoppers being stored. However, there isn't much to see on the (former?) Lowville and Beaver River RR line. Except a shay. 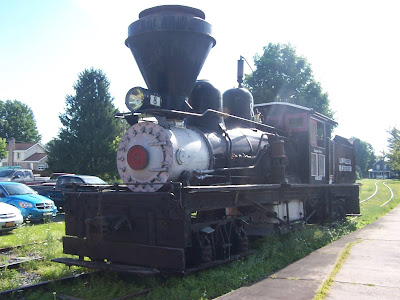 A shay? In upstate New York? Yup, and right out in the open for anyone to see. In 2014, my friend and I detoured on the way through Croghan, NY, which is about ten miles northeast of Lowville and about 30-40 miles east of Watertown. 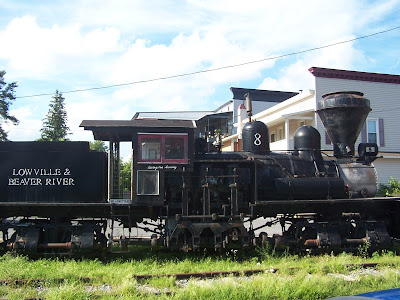 What's the shay doing there? According to the Railway Historical Society of Northern New York's website, the L&BRRR is owned by the Genesee Valley Transportation group of shortlines based in Batavia, NY. The shay, which belong to a Livingston Lansing, was donated to the RHSNY upon his death. Though the website mentions that an enginehouse was built for it, it has been outside for many years now. 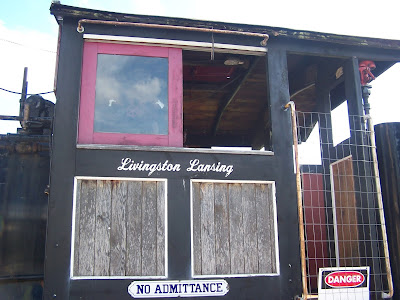 Per the same website, the RHSNNY owns the Depot and plans to operate limited passenger service out of Croghan along the Lowville and Beaver River Railroad, one of the oldest operating shortlines in America. A vast collection of North Country railroad memorabilia and artifacts is on display at their museum. 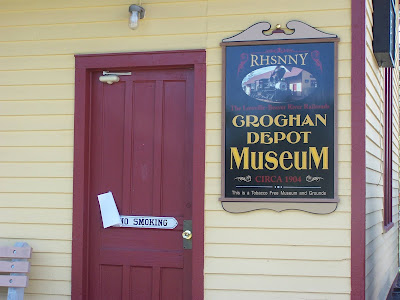 Here is the interesting side of the shay. I have seen several 1/8 scale models operate, and even wrote an extensive article in a live steam magazine about them. I have several different sets of plans for them too, should I sometime decide to build one. 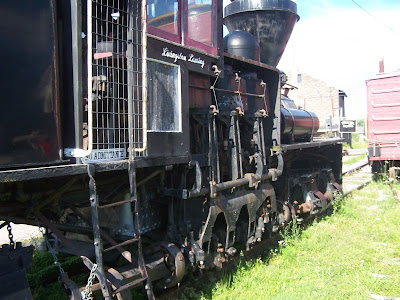 This is what the inside of the cab looked like. 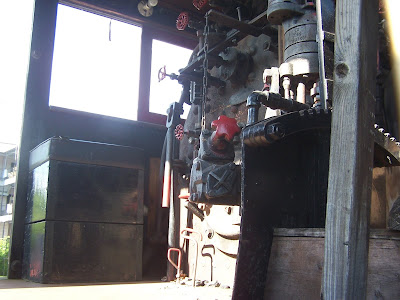 To give perspective of how easy it is to access and photograph the engine, an apartment complex is shown in the background on the left. How cool would it be to live with a shay right outside your window? 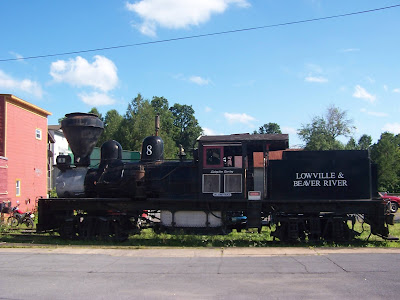 The rear of the shay, with the sandbunkers on the back of the water tank. 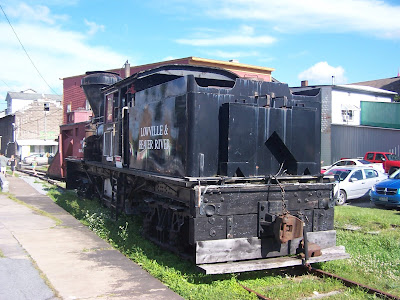 Also on display was a snow plow. 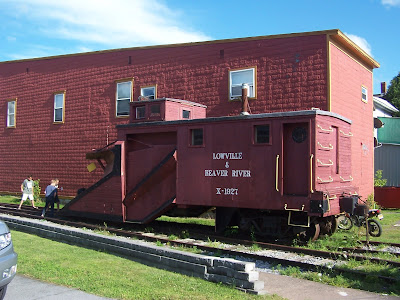 I have no idea if this engine will ever run again, but likely not in its current location. As a shay that presumably operated in New York State at one time (and that likely makes it the last one surviving) something should be done to preserve it for the future instead of letting it sit outside in the elements.

Recent online satellite pictures show that the engine and plow have been moved a little (it looks like the shay was pulled out and then backed in front of the plow, though I don't know why). As an aside, there was an article online about a start-up tourist train that was proposing to be based on Lowville. I wish them well.

Posted by DandHColonieMain at 5:53 AM