A background ridge for North Menands

The area in north Menands across the tracks from my three industries contains a shallow ridge with trees running along the length of it. Just behind it, and visible through the trees, is a cemetery. I had a space of about 4-5 inches wide along the  back area of the layout reserved for this, and about a quart of left over ground goop. So, after watching football one Sunday I decided to forget my troubles and work on the layout. 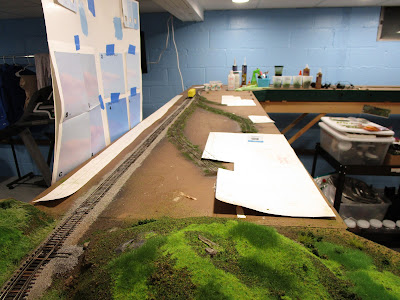 Previously, I had used green florist foam as the underlying support for the hills on Cut Corner. I still had scraps lying around and I used them for this backline. In fact, the pieces I used literally were dug out from the garbage can in the garage where I had thrown them because I had incorrectly deemed them surplus and useless. But, they were just the right width and height for this project. 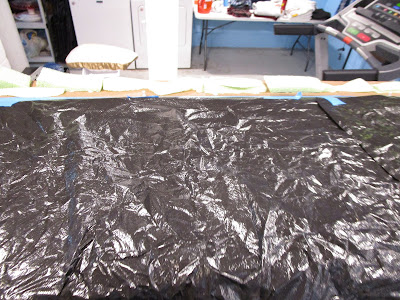 There were lots of gaps in the foam but that wasn't going to be a problem. I would just fill it with the ground goop. Taking a cue from my last adventure with the stuff, I removed the background Gatorfoam and covered all of the foreground areas with garbage bags to protect them from errant goop. 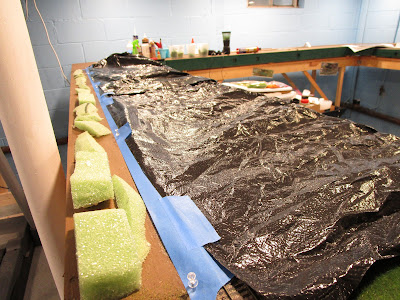 The ground goop went together quickly as I knew what I was doing. I just dove in with my hands and spread it out, and continually added water when necessary to get it nice and smooth. 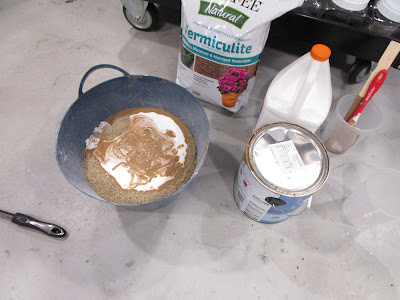 The material went on well and it left crags and gaps between the foam pieces that I thought looked quite natural and realistic. I did deviate from the prototype at the edge of the layout section and built a little separation gap between the ridge on this section and the adjoining Cut Corner. It isn't too visible and perhaps a strategically placed tree will help it even more. However, portability of the layout sections is much more important to me than building a solid back ridge that would need to be cut with a saw to separate the sections down the road. 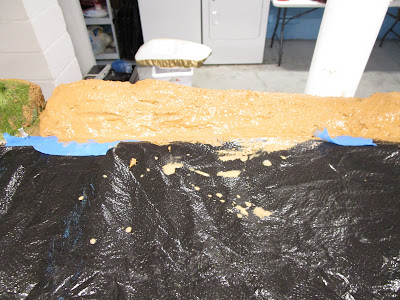 While it was still wet, I sprinkled on various shades of ground foam and ground turf. I also used real, sifted dirt and other scenery materials as well. Everything was given the same treatment as I had used on the other two sections so that they would visually work well together. 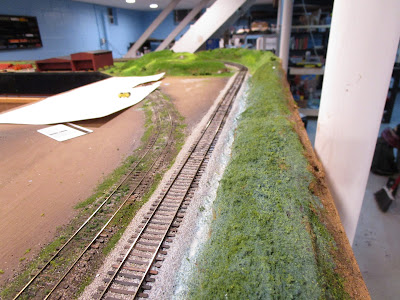 Once it all dried, I then went over it again with a misting of alcohol followed up with my matte medium. And then I ran out of both... and due to the pandemic had to order more rubbing alcohol online. It took a week to arrive, and a month to make my own matte medium, so what you are seeing now I actually did weeks ago. 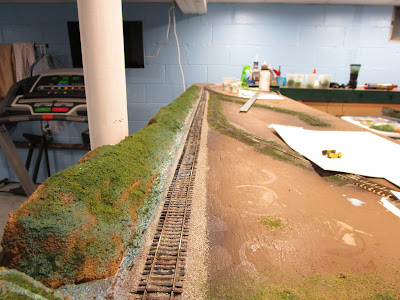 I didn't add any static grass yet, or trees, because I have to plan out the other areas and don't want my static grass to be done over various sessions and look "too patchy" or random. But, I can now put the backdrop back on and focus on more structures.

Posted by DandHColonieMain at 3:36 AM