It was 40 years ago today on September 30, 1982 that the greatest television show ever created first aired. My mother famously tells me the story about how she would stay home and watch it when it first came on while my father was out bowling. I remember how haunting the theme music was when hearing it as a baby, and even today it still has a hold on me. In the late 1990s while in high school, I discovered it when Fox began showing reruns late at night. It resonated with me then, and it still does today. Indeed, whenever am sick I usually binge watch this and I feel a lot better. 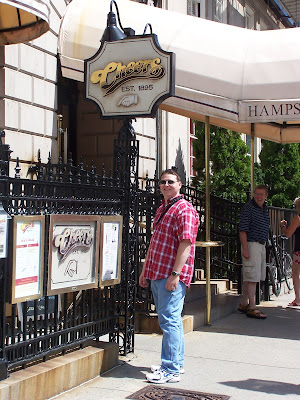 In 2003, upon turning 21, I took my father to Boston and had my first [legal] beer at the Bull and Finch Pub. It was this old establishment that served as the basis for Cheers, and the show's Hollywood set drew a lot of its visual inspiration from this place. 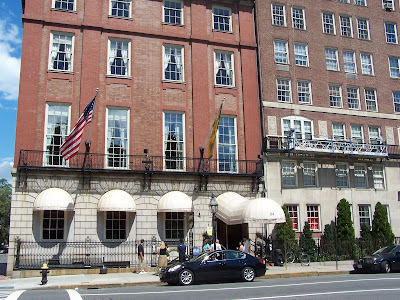 Nearby in Faneuil Hall in downtown Boston they built a replica of the Cheers bar for tourists to go to, and naturally I stopped by there as well. Sadly, that closed in August 2020... a victim of the pandemic... but the Bull and Finch lives in. 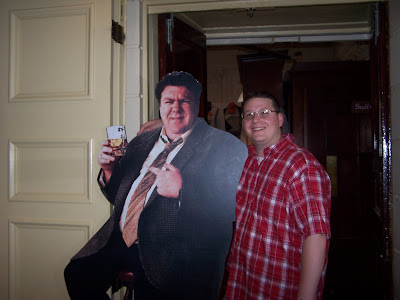 While I would put Cheers up against any show today and I think it would hold its own, at the time it was revolutionary. Long story-arcs which spilled over seasons, embedded flashback bits that long-time viewers would appreciate, and the subtleties of letting jokes find their rhythm instead of forcing them on the audience (which is what happens in all current comedy shows today), and no laugh tracks made it a ratings juggernaut for several seasons.

But waxing long about Cheers on a train blog just doesn't seem right. If only there was a way to make this post train themed. Hmmm...

Lionel trains were featured in two opening scenes of Cheers. The first was the episode "Adventures in Housesitting" (Season 7, Episode 11), where Norm and Cliff fight over the old Lionel train set in Norm's attic:

The second one was in the episode "The Stork Brings a Crane" (Season 8, Episode 6). In it, Cliff has found a way to use Lionel trains help serve beer to the patrons at the bar. However, Norm has alternate plans:

For other Cheers fans, my favorite episode is from the Fifth Season titled "Dinner at Eight-ish". Anyone who is married or otherwise in a relationship will understand the issues that this episode is based on. Also, I really love the "Bar Wars" story arc.

The show may be long over, but it will continue to live on!

Posted by DandHColonieMain at 4:00 AM