I remember talking to friends who visited the D&H shops in the 1970s and 1980s and they said that as long as they signed a waiver they could tour the D&H facilities. 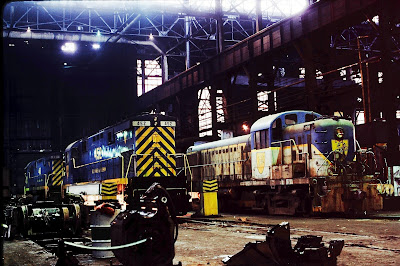 However, there were several rules that all visitors had to agree to, including: (1) no flash photography inside the building (which could distract the employees); (2) no climbing on the equipment; and (3) no jumping over the track pits. There may have been others, but those are the ones my friends remembered.

Those days are long over.

Posted by DandHColonieMain at 5:38 AM