During the same visit into the Colonie Shops in April 2005, I also took some pictures (from a distance) of a few old, abandoned relics being stored in the yard outside. I didn't know it then, but there is/was a tortured history behind nearly all of these pieces. For a full account of them, here is a thread at Railroad.net with all of the sad details of this collection. Warning: it is 39 pages long and a tough slog to get through. 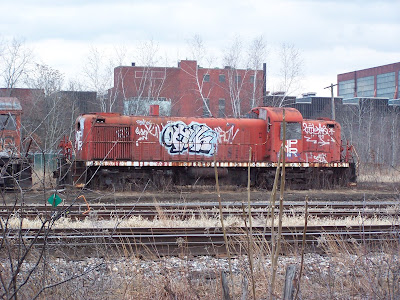 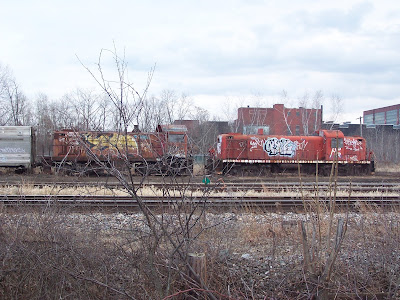 Coach whose identity I don't remember: 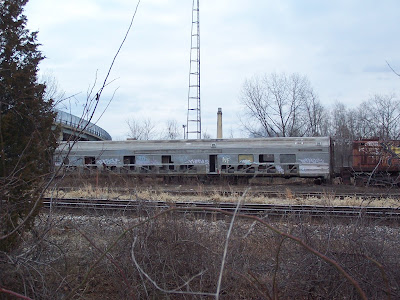 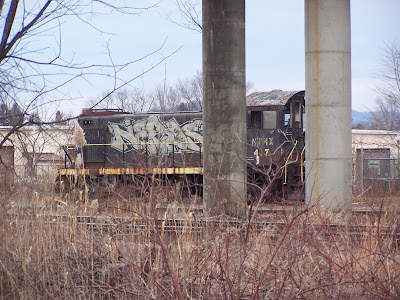 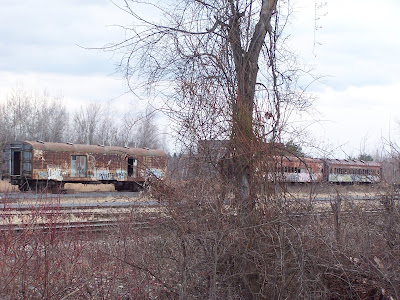 There were two other engines, along with a random boxcar and caboose. I took dozens of pictures of these trains, but a computer crash over a decade ago resulted in most of them being lost. The engines were:

Interestingly enough, Canadian Pacific reinstalled a few yard tracks in the summer of 2012 and that may have set in motion the scrapping process even though it took years to actually take place. Or not. Who really knows. Anyway, it is gone. I never saw the red Alco Port of Albany Railroad engines actually work in the port, but someday I may paint a model of the RS3.

Posted by DandHColonieMain at 6:23 AM