Below is an undated shot of the Bulk Handlers facility in North Albany. The facility was originally built in the 1980s as a Container-On-Flat-Car (COFC) facility. From what I understand, there was even an overhead crane installed to help lift the containers on and off. This operation didn't last long, 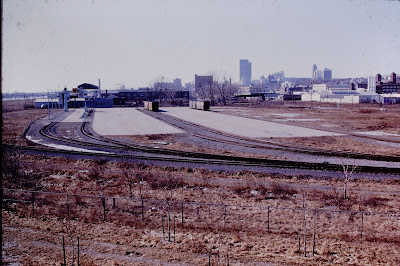 The facility was later purchased by a company called Bulk Handlers who used it as a team track area to unload covered hoppers, boxcars, and tank cars. 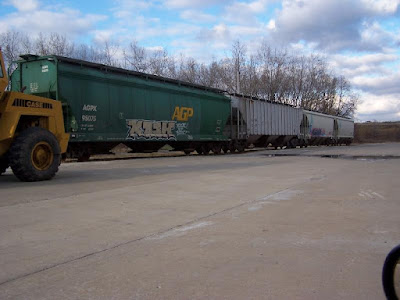 When I visited the place in 2005, it was still being used for this. I drove in one day and went around in my car taking pictures of what I found. No one there seemed to mind except one trucker who probably thought I was crazy. 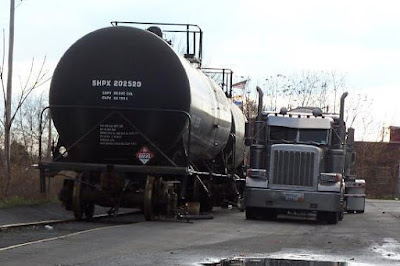 I don't know what was being carried in the covered hoppers, but it likely wasn't grain because only a few miles further south was a large Agway facility in the Port of Albany. 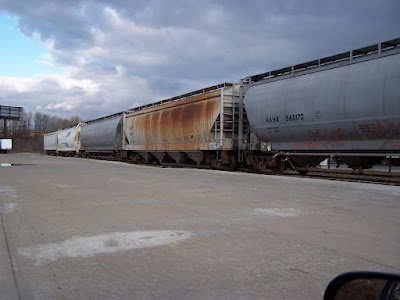 On the end of one of the tracks was an old boxcar. A forty-footer too! I never bothered to get out and see what was inside, but I should have. I think it had been sitting there for a while. 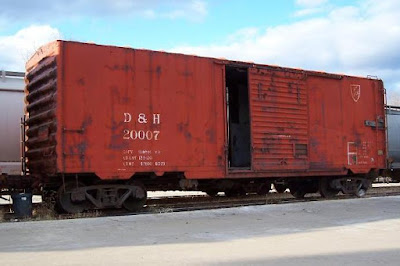 Currently, the facility (shown in the satellite image below) is home to a tank farm and has been that way since I believe 2012. The satellite photo from below is oriented so that North is to the left. It is surrounded with fences and gates, so getting in to take pictures is not easy. I have considered stopping on the expressway (just visible on the left) to get a few shots but haven't yet. During the pandemic, the road was dead and that would have been the perfect time. Oh well.

An excellent satellite shot from 2012 can be found on this older blog post.

Lots of model railroaders install team tracks on their layout to justify being able to spot a variety of freight cars during an operating scheme. Here, there were five tracks at least during the 1980s and the types of cars included COFC flatcars, covered hoppers, boxcars, and tank cars. All in a compact area that would be easy to model. In fact, if I had more room on my layout I would consider doing this facility. In fact, it went through my head but I modeled the derelict North Albany rail yard instead.

Posted by DandHColonieMain at 6:10 AM