In June of 2020 I took a day off and went up to photograph a pair of EMD BL2 engines, painted up for the defunct Saratoga and North Creek Railroad. Numbered #52 and #56, I knew that they were probably leaving the area within a few months and I wanted to photograph these rare engines before my chances disappeared. Only 59 total BL2s were built, and per Wikipedia only 7 survive today. 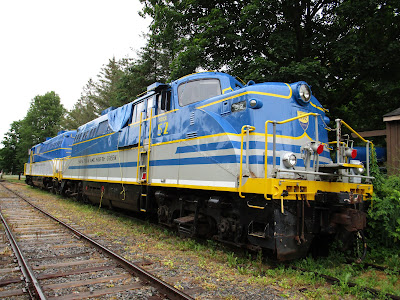 Right after I took the S&NC pictures I wrote about a trip I took with my parents to the midwest in 1997 and some trains I spotted then. In my blog post recalling the trip, I wrote fondly of spotting a BL2 in Wisconsin: "Of all the engines I saw on this trip, the BL2 it is probably the rarest..." Note in the picture below (from 1997) the blue engine towards the back of the line, that sort of looks like half of a GG1. It was still in its former Bangor & Aroostook Railroad blue scheme. 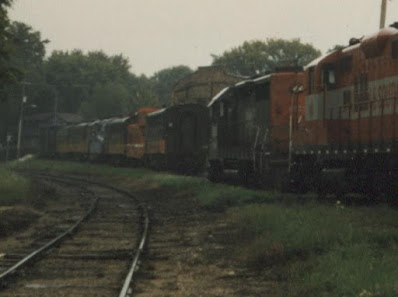 So, up until last summer I assumed that I had seen three total BL2 engines in my life... one in Wisconsin, and the two S&NC ones that were being stored on the Batten Kill Railroad. 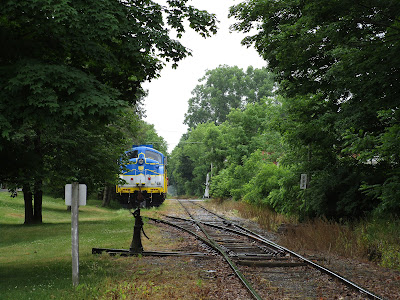 Imagine my surprise when I recently did some online research and discovered the engine I had originally photographed in 1997 was one of the pair I had photographed last year! The 1997 picture was probably of Janesville and Southeastern #56, which at the time was part of the National Railroad Museum's collection in Green Bay, Wisconsin. Fast forward 23 years, and I just so happened to see it again near my house! I had traveled half-way across the country to photograph it the first time, and it traveled half-way across the country for me to photograph it again. 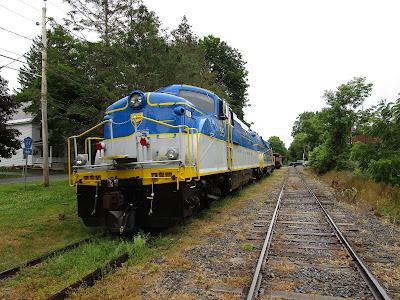 It is my understanding that both BL2 engines are being leased to the Hoosier Valley Railroad Museum, so it will be unlikely for me to spot them again anytime soon. But you never know... 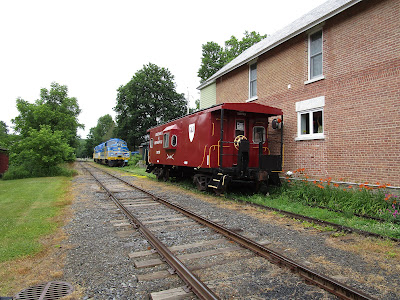 Posted by DandHColonieMain at 7:24 AM